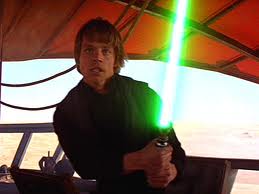 What does one wear to a gym party? A week of my membership down I was about find out.  Braving it on my own,  I decided casual and comfortable was the way to go -mindful that I could be in for a cosmopolitan/family crowd and feeling the need for a sort of virtual suit of armour.

On arriving silence reigned. A girl popped her head up from behind reception: ‘Oh, hi – yes just go upstairs, not many people here yet but later…maybe’.

I arrived at the bar to find a manless dj booth and a few people scattered around a table near the tennis court chatting.  Oh well, I thought as I collected my free glass of wine and braced myself… in for a penny.

I went for a refill of wine and talked quiz nights at the gym with Alice. ‘The prizes are brilliant here’ she said, ‘Last week when they announced the winner – guess what the prize was?’ I shook my head.  ‘A week in Mallorca – but the guy who won it turned around and said: ‘We already have a villa there – give it to someone else, in fact cash it in and give the money to charity’.

I spotted a man sitting by himself staring into his drink.  ‘Why don’t we invite him over?’ I said to Alice.  He sat down and we went round the table to discover who was from where: A Welshman and his son, a Romanian, an Egyptian family, an Irish woman, an Albanian girl, one English lady and a Turkish gentleman.  ‘A Welshman can always spot an Irishman’ said A’s Dad. ‘Do you know how? …they’re Welshmen who can swim’.

A raffle was drawn and more prizes won. I could just hear the incomparable George Benson:  ‘Whenever dark has fallen, you know the spirit of the party starts to come alive..’ I practically ran over to the dj and told him how much I love that tune. He turned it up.

Walking home later with some of my fellow gym partyers, I turned to A: ‘Have you got a lightsaber?’ I asked.  ‘Yeah, ‘course I have’. ‘What colour is it?’ ‘Green!’ came the reply.  As he held his arms out with a double grip Luke Skywalker style, he swooshed the air with it, and I swear I could almost hear the buzz. http://www.dailymotion.com/video/xvmqr_george-benson-give-me-the-night_music