I’ve wanted to go to Casita Verde for 19 years now but somehow it never happened – until yesterday.

‘Register at reception’ we were told, ‘Pay €10 and then eat some good food!’

Satiated by a homemade aloe vera juice boosted with lemon and a plate of about as organic as you can get food, we gazed at the valley in front leading on to the sea in the distance and I wondered if it could get any better.

“Would anyone like a tour?” came the call from the founder of this most magical place.  Would anyone like a tour!  I turned to T, “I always love the guided part of these trips – it’s my favourite bit.”  “YES” we replied from our table with a view as we made our way towards Chris.  I’d noticed him giving a friend a hug earlier, and it wasn’t lost on me.  “He looks like a pretty good hugger, T, but I reckon I could challenge him on that one.”

Chris told us the main project for the Autumn was a rocket stove fuelled sauna – the very name stimulated my imagination. 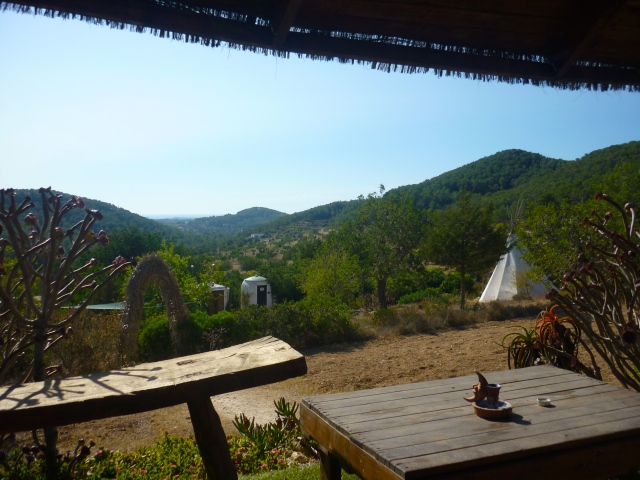 We took a break in a bolt hole up the mountain.  It was quite a pad – a view that would make it hard to get out of bed in the morning it was so stupendous, as Chris continued to fill us in.

“This is like a ship on earth basically.  No cables come into Casita Verde – we just use radio, that gets us the internet and any other kind of telecommunications we need.  Our electricity comes from solar panels, and of course that’s how we heat the water. Unfortunately we’re 60% down on rainfall this year in Ibiza so we have to buy in thousands of litres – but every drop of it gets recycled on this site.”

On passing yet another house on the hill I spotted a kitchen at one end.  “People always love to congregate in the kitchen at parties, so we built one with a dance floor made out of wooden pallets.  It was originally supposed to be for yoga – but more people like dancing – so we put a DJ down at one end, make pizzas and dance!” 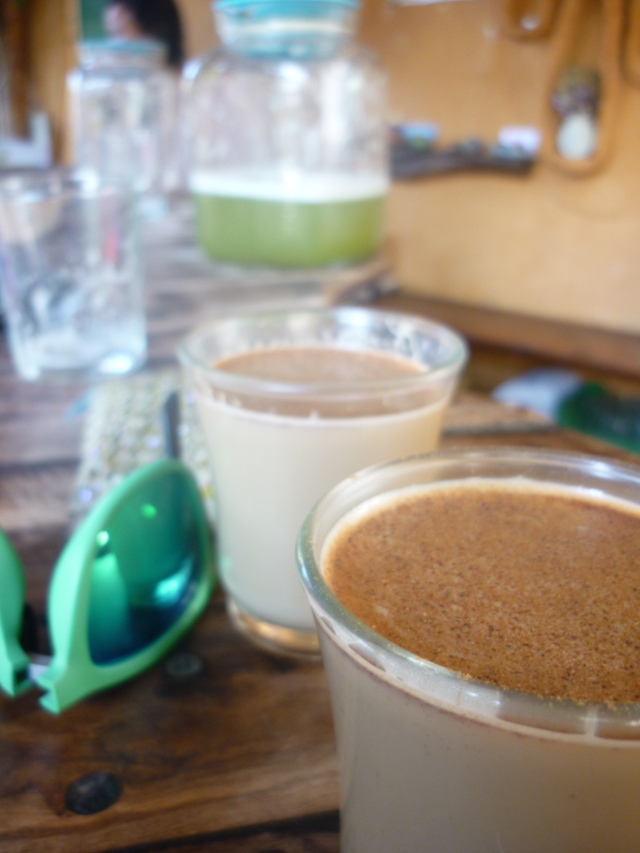 A carob coffee later and a boogie with Mike the master mixer on one of the the most magnificent dance floors I’ve ever had the honour to tread and it was time for home.

As we said our goodbyes I turned to face Chris.  “I just wanted to say – how would you feel about a ‘hug-off’?”  We held on to each other in a 10 out of 10 hug that had me almost relinquishing my crown.