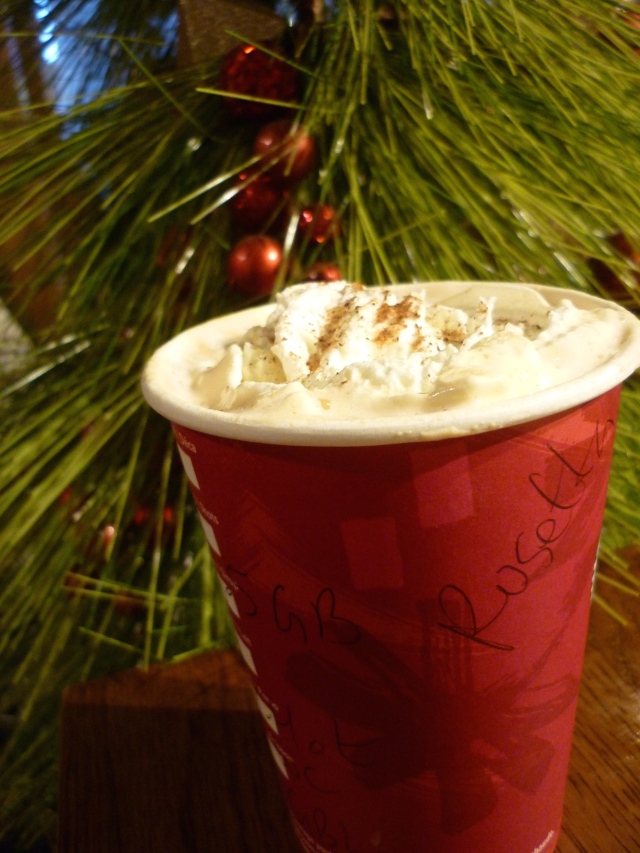 Starting off with a gingerbread latte in S’bucks, Vigo Street, I had my work cut out for me: Amongst other things I’d committed to popping in to see Los Hermanos Cubanos at Soho Radio with a few mince pies.

Four bearded men welcomed me and offered me another coffee on the house.  Everyone was in red.

I ventured into the studio and offered my wares.  Miguel was on the mic “Thanks for the mince pies S, but I cannot do them, the raisins they play havoc with my stomach. I think it’s a raisin inside – no?”

Kenny had two, Archie – one, Brent declined. I felt they were going down well.

“Get in touch with Bibi!” Brent called after me as I exited to Chopper’s hilarious monologue.

The record store I’ve intended to go to for aaaaaaaages beckoned.  Sounds of the Universe is pure disco.  I chatted to Neil.  “I need something along the lines of Vince Montana – you know ‘Love is the Message’ or Raw Silk – that kind of thing.”  He pulled a CD out for me as I proffered a pie.  He took a bite: “Mmmm, nice.”

A pit stop at a Swedish gentleman’s outfitters provided the venue to change shoes, and Sam – the conversation.  Trying to get into the music industry as a producer was tough at 25 he told me; ‘This city is hard, but I keep chipping away to manifest my own destiny’. “Tell me about it” I said and took out the goodies.  His eyes lit up on spotting the Christmas vittles as I held out the tupperware.

Riflemaker bid my time before drinks.  I chatted to Darren and Ian about the art on the walls. Welsh Ian talked ferries to Ireland, I talked about the craic.  Darren told me he was an artist and interested in the process – what got someone to put the marks on the page that they did? Speaking of that I must crack on I said, snapping a pic of one of Josephine King’s gripping paintings. 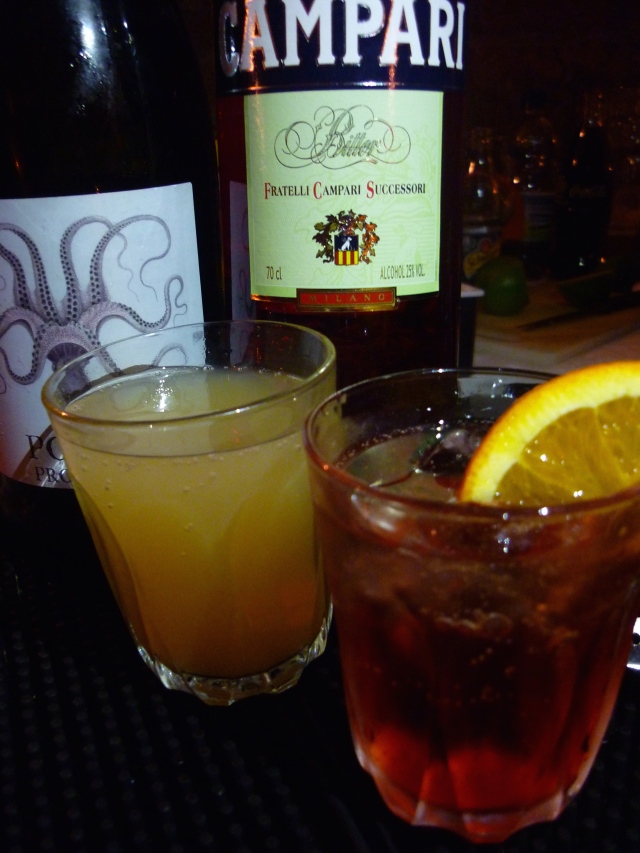 The Campari bar at Polpo was my final stop. Ivan the bartender told me about the drink that seems so right in Italy. He mixed us a cocktail, we raised our glasses – cherry red with a splash of Prosecco, all Christmassy.  “Hold on a second” I said, “I’ve got something here might go quite nicely with this.”