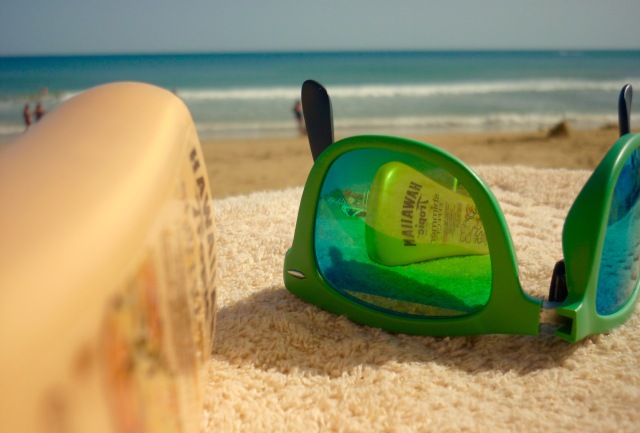 “Anyone seen my hairband?” I asked the assembled poolside crew.
“What does it look like – is it green and pink?” Betty asked.
“No, navy and cream – kind of spotted.”
“It’s probably at the bottom of the pool” said Geraint, “That’s where my silver headband is – here you can borrow one of mine if you need it, I’ve got four.”

I took the gold shiny hairpiece faster than you could say ‘Harry Styles’ and applied it.  “May I see the other ones?’ I said.
“Well, they’re up in my room at the moment, I don’t take them to the pool” Geraint replied, smiling.

A scorchio 30 degree morning, seering blue skies above, a gentle breeze and three days into a Club Med holiday, the mood was lite and frivolous to say nothing of giggly.

“Do you find the hairband effective?” I asked.
“Look at his hair!” Betty butted in, “Can’t you tell how well it works – he’s been wearing one all week?!”

I looked at Geraint’s gently tousled dark brown waves, perfectly smoothed back from his forehead with a clear indent where they’d been tamed into submission. I had to admit, I admired a man who could wear such an accessory so confidently.

“I wore the gold one in the office on dress-down Friday recently – didn’t get much work done – about two emails, but I got away with it.”
I giggled. “Well, I’m sure there are worse things to wear, like… “
Betty intercepted:  “I can’t wait to hear what you’re going to say next.”

The conversation moved on to suntan lotion and there were screams of recognition as I produced my Hawaiian Tropic Shimmer Effect Factor 25.
“That’s been in the news overnight you know” Betty said.  “There’s a real scandal. Apparently even though it says Factor 30, it’s really only 20.”
“Well that’s rubbish” I replied.  “I used it yesterday for the first time, and if you ask me it’s like wearing Factor 50 – nothing got through it!  And your source was?  The Daily Mail Online I suspect..!”

There were sniggers and titters. Bernard arrived with several glasses of white wine. Various protestations were made about the drinks and the hour of the drinks.  Nevertheless within seconds he found himself empty handed.

I lay back down on my sun lounger. “I just love the way this cream shimmers, don’t you Geraint?” I asked smiling at him as I put the bottle back into my beach bag.

Cecilia removed her sunglasses and looked over.  “Is that Hawaiian Tropic? It is!  Let me see it!  It’s exactly the one that’s just been in the news..!”
“Honestly Cecilia!”  Betty retorted.  “Keep up!”