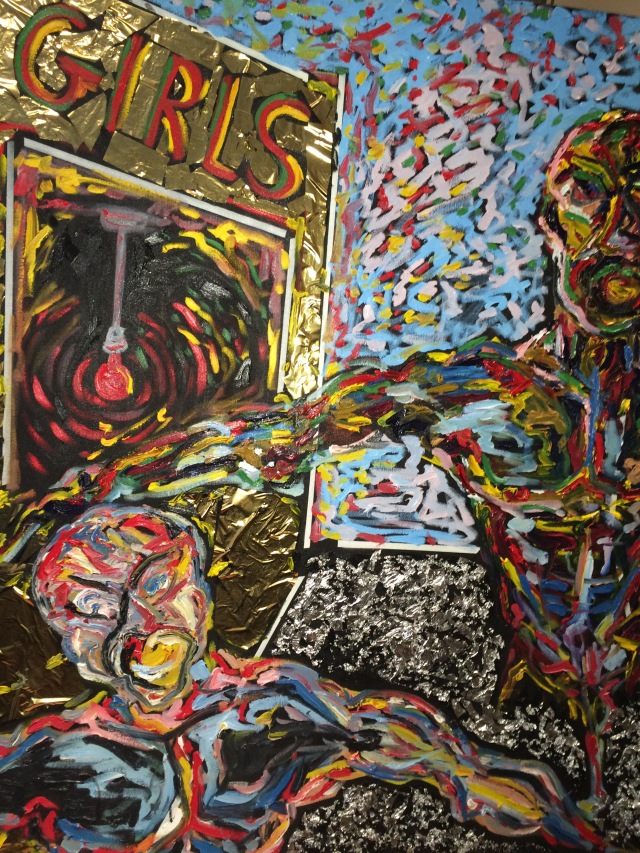 Denise and I hugged goodbye.  “Keep in touch” she said.  “I want an update on Tolga.”

Indeed there could not have been a more appropriate private view in the world to attend other than Lincoln Townley’s ‘W1’ last night.  I wasn’t even sure why I was there – other than a very lovely invite from my celeb cuz who I’m occasionally honoured to accompany on such jaunts. But, at the end of the evening I knew exactly why.

I googled the artist en route to the Royal Academy, only to discover he is way up there with the portrait painters of today.  Hollywood hasn’t escaped him – and recognition is worldly and unanimous. I was particularly struck by his painting of Al Pacino.

Having found the gallery within this noble institution – ‘To the right of the courtyard at the far end’ Bex’s message said – I wandered in to friends and family of the artist and various other showbiz acquaintances.

Distractedly I located a glass of wine and got chatting.  Finding myself next to Lincoln I asked him how he’d gotten so very glitterati. 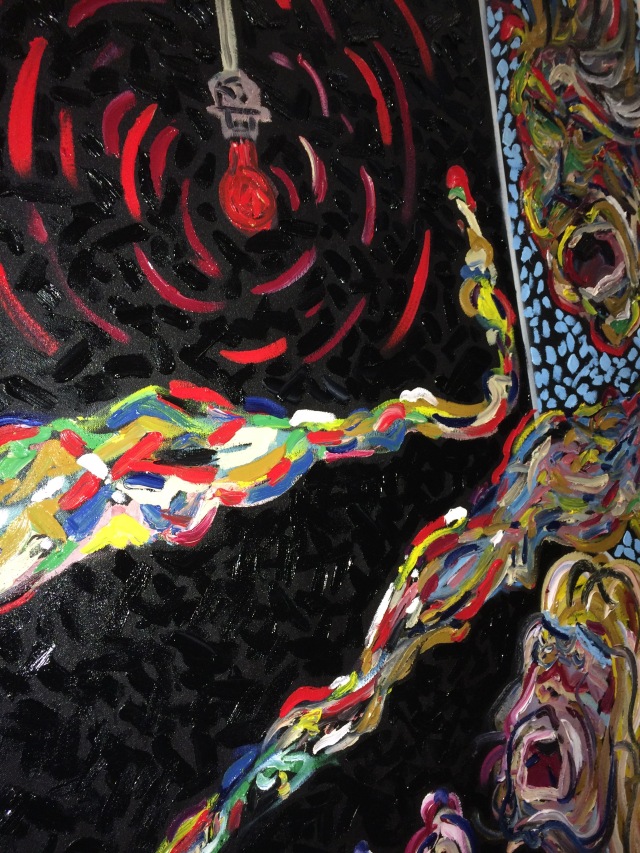 “It started with Russell Brand” he said, “Then he told Charlie Sheen and I painted him as well, before I knew it I was doing Al Pacino.”  I mentioned that I really liked the painting of Al, that it gave a sense of being really him.

Lincoln filled me in: “Yeah, we had the conversation before I started. He said he didn’t want it to be Scarface or another character but rather ‘me’.”
“And, that’s exactly what came through” I said. 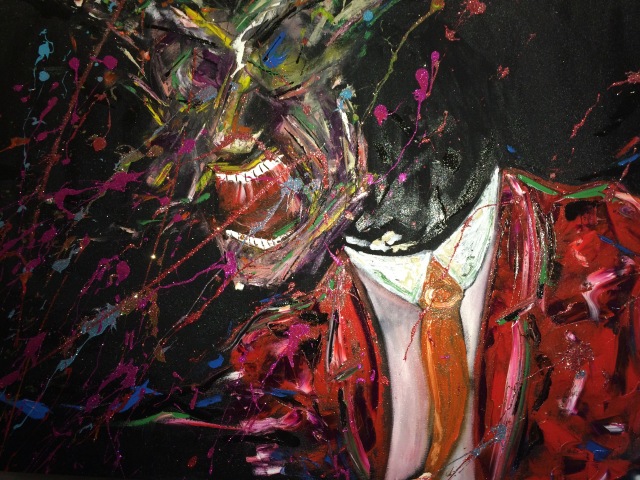 The paintings were deeply attractive and sparkly – light glinted off them – but the subject matter was dark, a bit like men you can meet sometimes in life who turn out to be actual gigolos/fraudsters.

I read the exhibition blurb and found out I wasn’t too far wrong.  Duncan, Lincoln’s brother enlightened me. “The thing is – the art reflects his journey – you know that he wrote about in The Hunger?”  I said I didn’t.
“Well, it’s basically all about our more base instincts – the animalistic ones around sex, drugs, alcohol etc. The stuff we desire; the love of excess.  Lincoln used to work at Stringfellows so he knows a bit about that.  Painting it gets it out of his system.” 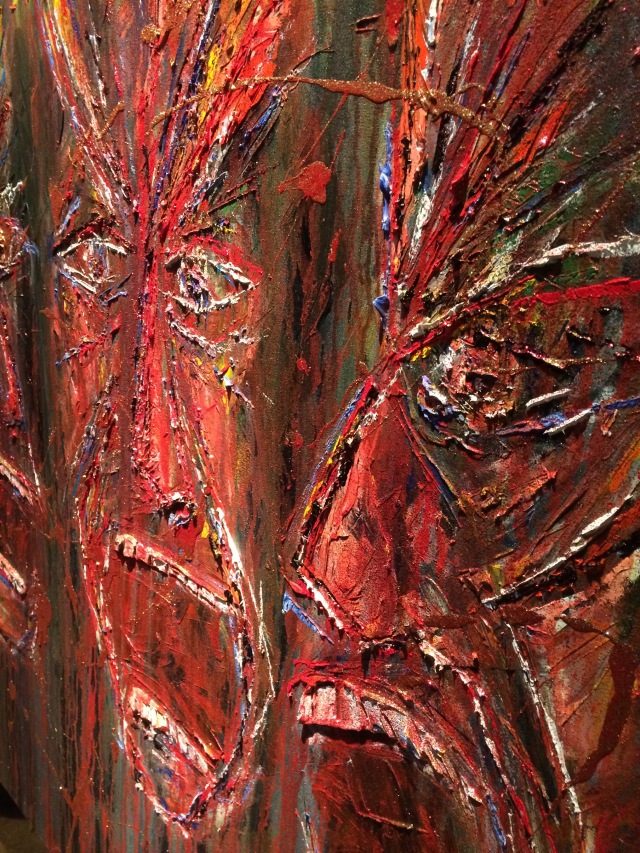 I said I understood, but maybe I had a way to go in my understanding.

Half an hour later an exceedingly handsome man threw his arms around me. “Remember me?” he said, “We worked at that TV company in the nineties!! I fancied you something rotten!” Charm radiated about his persona. I smiled back. Would I learn?  Would I ever learn?  I sincerely hope so, Lincoln. 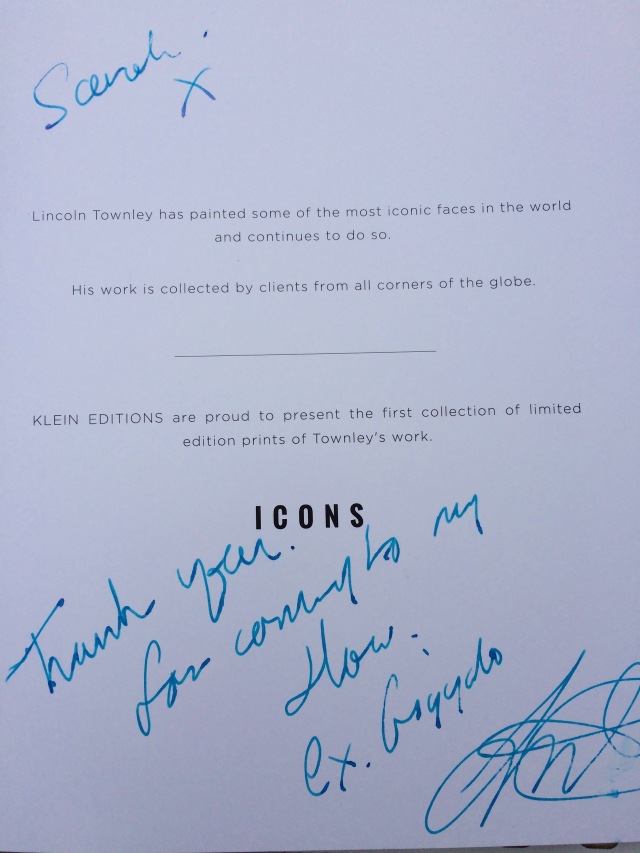 2 thoughts on “All that glitters”