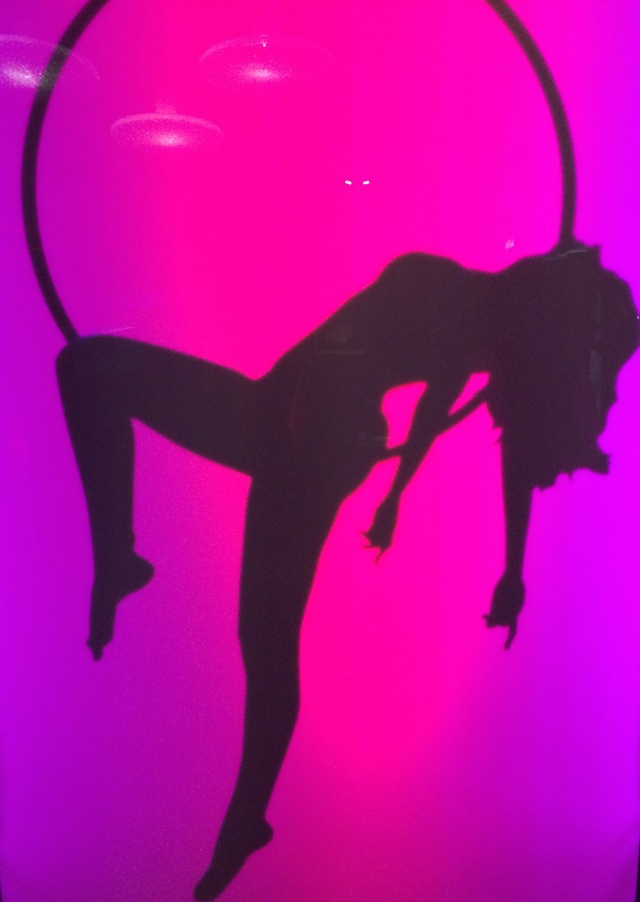 We like a charity do in aid of encouraging people to be creative, particularly the youngest amongst us in inner London who might otherwise use their energies in less productive ways.

The launch of H Fest to support such an initiative at The Hospital Club was just such an event.  An indoor festival spread over six floors in this handsome red brick building welcomed us on a warm November night.  “It reminds me of a McCann Christmas party in the garage” Rach said as we dropped our coats off.  There was indeed a whiff of the 90’s about it.

Up the stairs and down the stairs we went visiting the Caribbean Island, the basement disco, the foodie stands and of course the cocktail bar. “Quick! Let’s follow that Mariachi band” I said to Rach after a couple of sips of my pina colada.  Sombrero hats bobbed before us; we went in hot pursuit.  “Oh look!” I shrieked “There’s a photo booth!!”  Into the dressing up box we dived, hats were procured, faces pulled, prints obtained.

We headed to the hip hop karaoke.  I looked through the list.  “C’mon Rach, we can so do House of Pain’s ‘Jump’”.
“Don’t know it” she said adjusting the lapel of her velvet tux.
“What DO you mean? Of course you know it!”
“Nope” came the reply.

I gave up.  We found a perch and started the selfie ridiculousness, uploading to Facebook virtually simultaneously. Roy and Alessandro appeared.  Shiny spray-on-lycra clad they squeezed in beside us adding even more preposterousness to the occasion.

“What a great job though” I commented to Rach after they had left to pursue fresh blood and helped us with our social media, “To be a ‘link’ as they call it, and just get paid to dress up like that and attend a party.  What’s not to love?!” 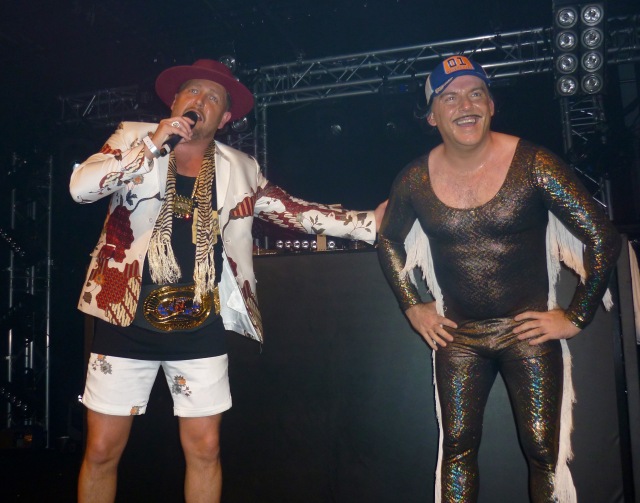 My favourite ever singing/dancing troupe arrived.  Yes, The Cuban Brothers were in the house – which quite often means, I am.  As usual they didn’t fail to amuse.  Miguel cracked a hospital joke “We’re going to do it to you tonight, intravenously!” he cried, or words to that effect.

An hour later I said my goodbyes to the lycra clad boys by the giant sized sparkling champagne coupe. “You could be a ‘link’ too” Roy told me with respect to his line of work.  “You’d have to be prepared to..um..dress in certain clothes though. And, you’d need to be recommended.” he added smiling. I smiled back, but not too much.