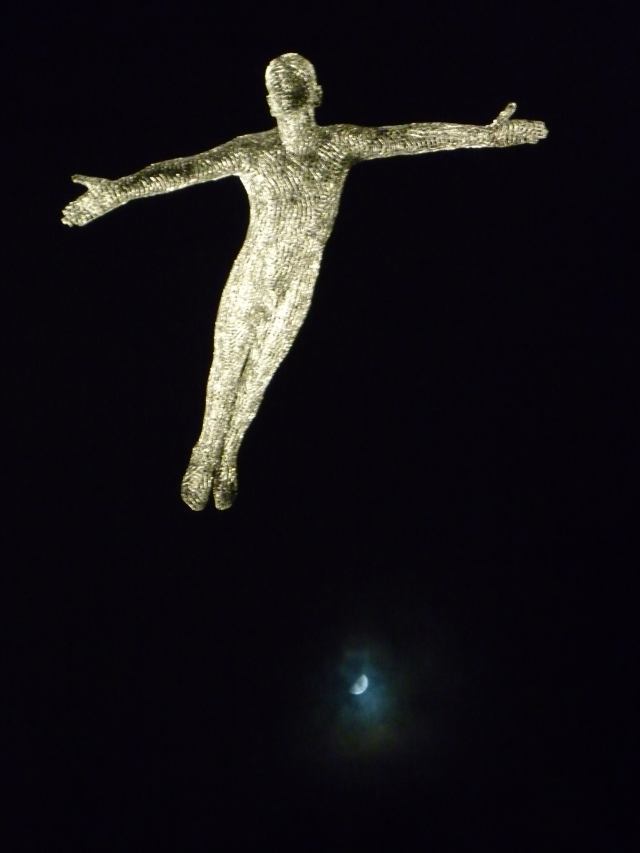 Cold glittering pavements met my snow boot shod feet as I left the house.  This was a night for adventurers, curious people, resilient Londoners. With a temperature of – 2 degrees layers were required to brave weather so freezing that it hurt ears, numbed hands and nipped consistently at already chilled faces.  But oh, the reward.

In one of the darkest months of the year when light is fleeting, sunlight even more so, one craves brightness, forgetting for moments how wonderful and happy it can make you feel – until a reminder comes.

Stepping off the tube at Oxford Circus I wandered down Carnaby Street to find the Julian Opie in Lumiere, London.  Always a fan I wondered what it would be like. There she was ‘Shaida Walking’, maintaining a steady gait, pondered upon by all ages, posed with by children as young as five years.  Calming in effect, uniting in nature, a pleasure to behold. 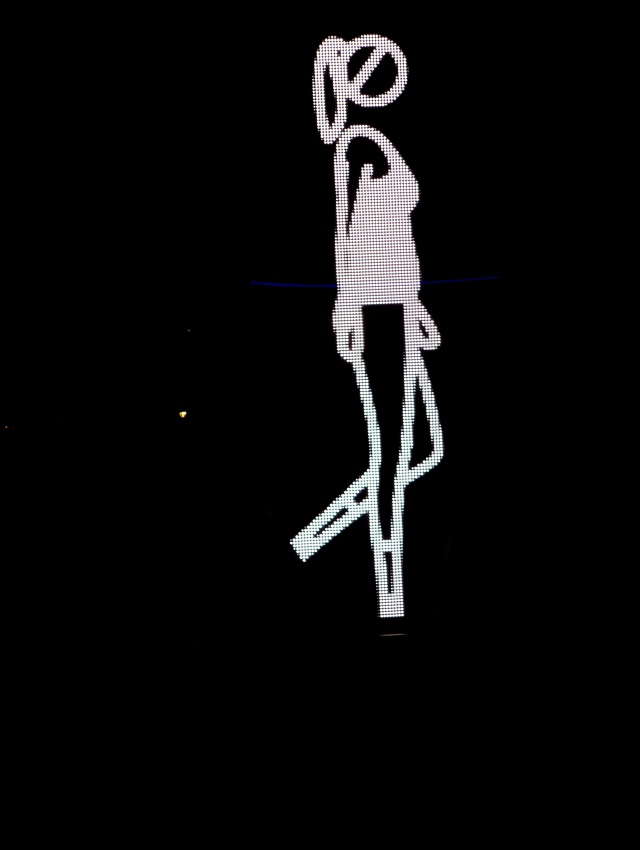 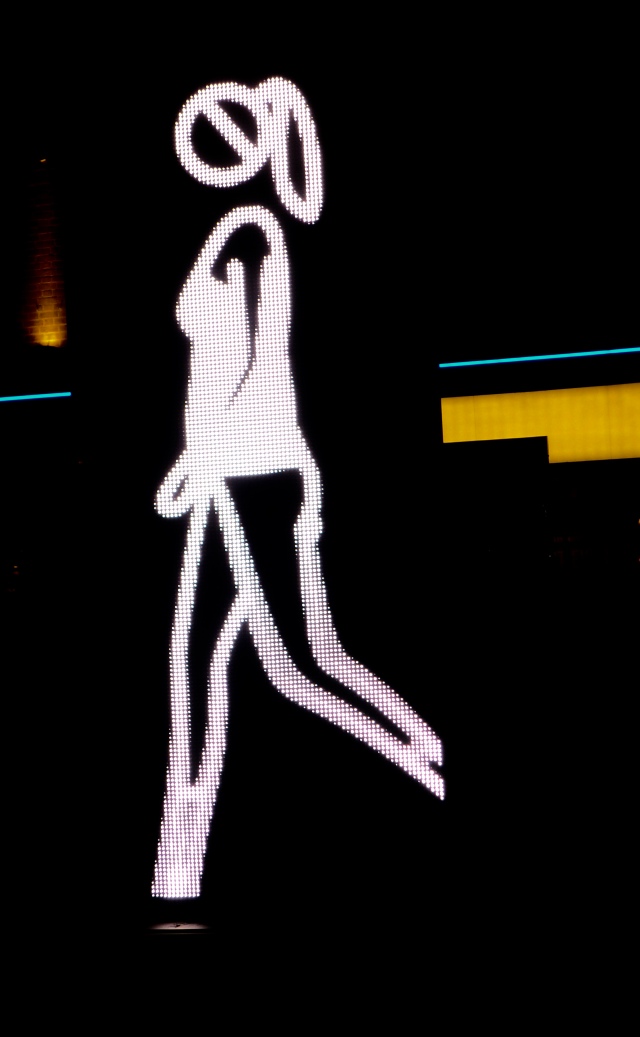 Heavy overcoats and down jackets wandered on through pedestrianised Regent Street and Piccadilly re-creating London as a small town, a place where everyone knows your name, and if they don’t they’re only too delighted to discover it. 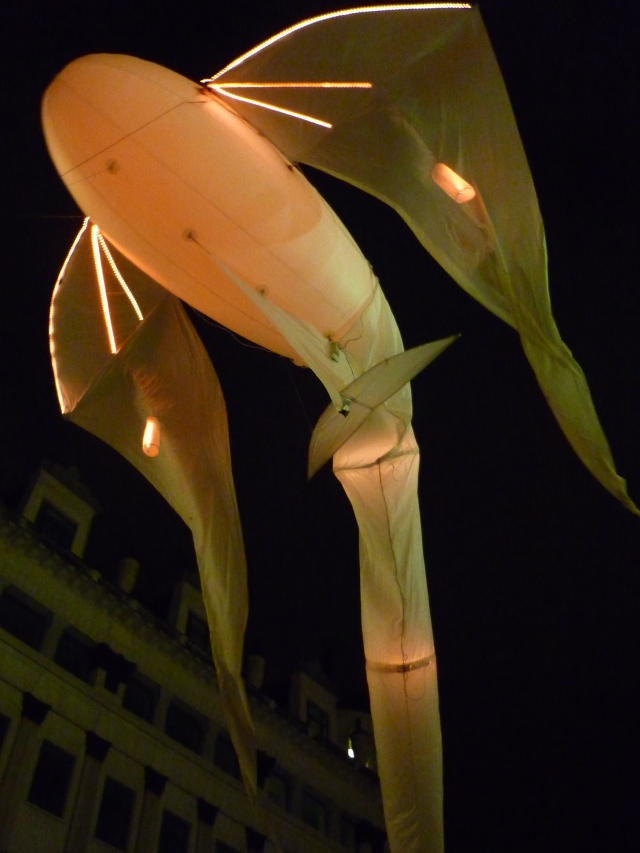 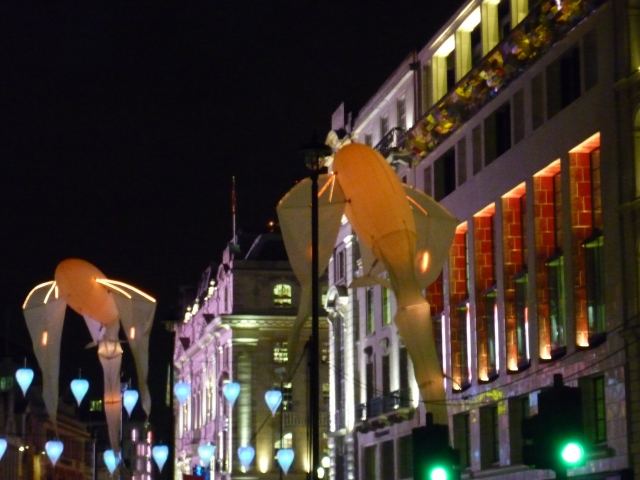 I stopped by Les Lumineoles and spoke to Tibo one of the artists from Porté par le Vent.  In my try-hard French and his English we communicated.  Surreal floating fish above us ‘Filled with gazz’ Tibo told me, swam in balletic and ghostly ways accompanied by music evoking mystery, dreams and just a hint of danger. I asked him what was playing.

‘There are three pieces, the first is from Edward Scissorhands, the second from a French group called Ez3kiel and the third Les Lacs des Signes.’  I wrote the latter one down to check I’d got it right. ‘Oui’ he said, ‘Your French is not so bad!’ but, with one hand on the rope attached to the large fish, he winked as he adjusted my spelling with the other. 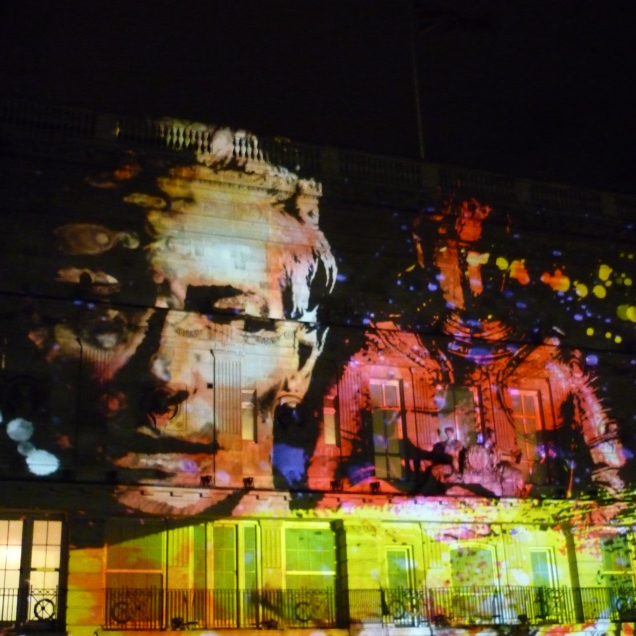 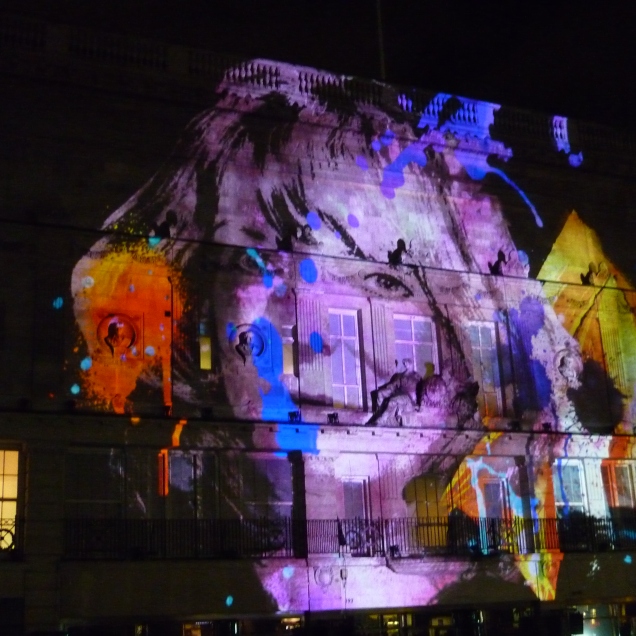 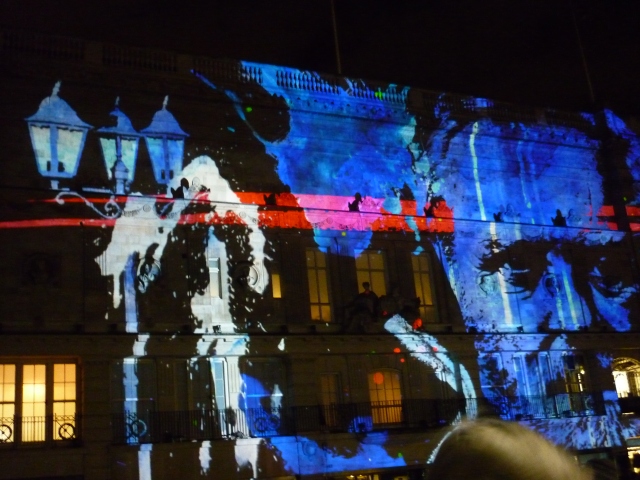 A pit stop for hot chocolate and a chat to a fellow Lumiere viewer fuelled me up for further sightings of more lights in the sky, across buildings, and in elegant surroundings. From illuminated park benches in Grosvenor Square, to angels in St. James’, sounds accompanied some of them: Elephants roared, film scores reached a crescendo.

Where there was nothing to be heard, crowds stood, gazing upwards, marvelling at the wonder of light – silenced by its beauty, hearts soaring to meet it. 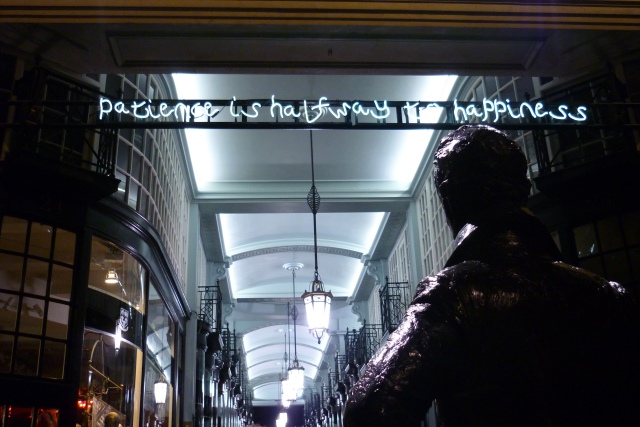 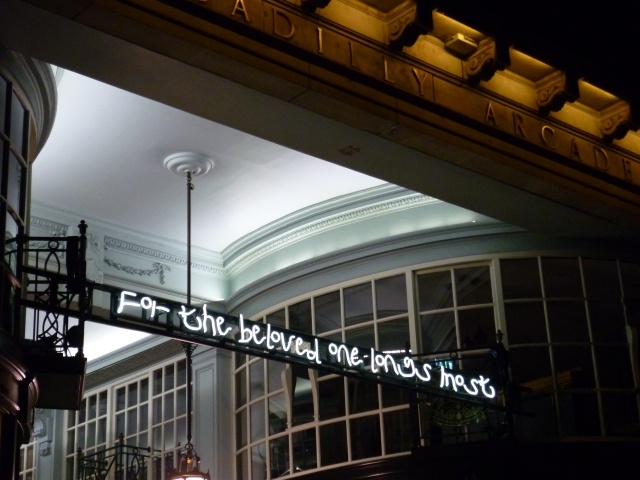 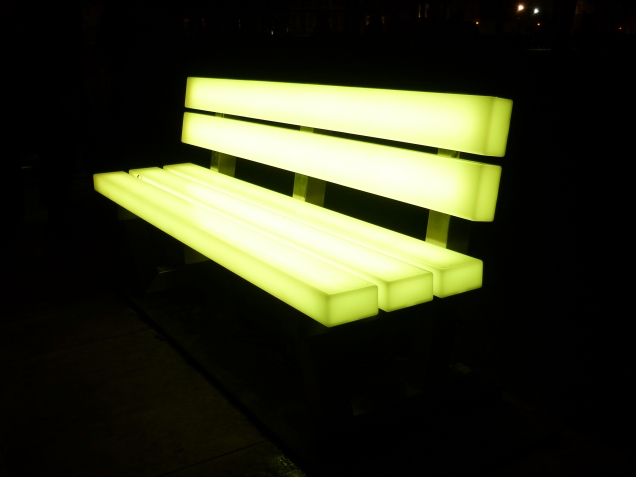 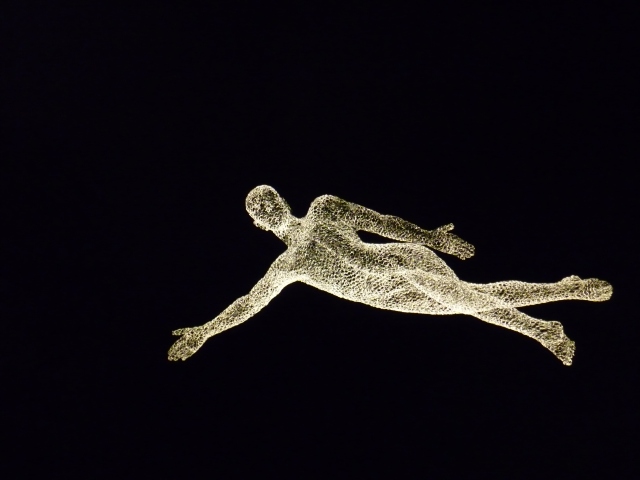 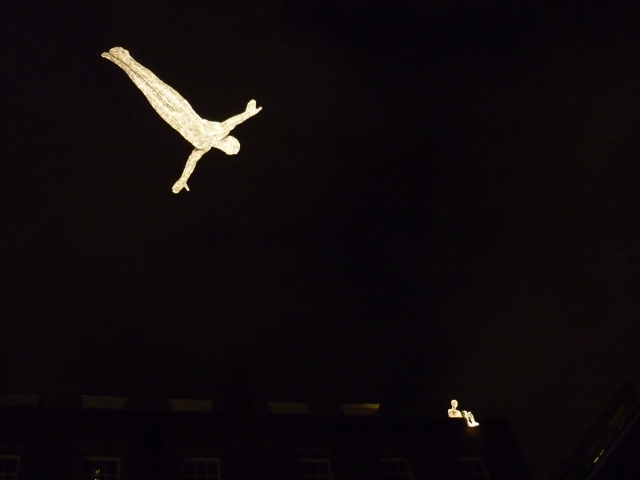