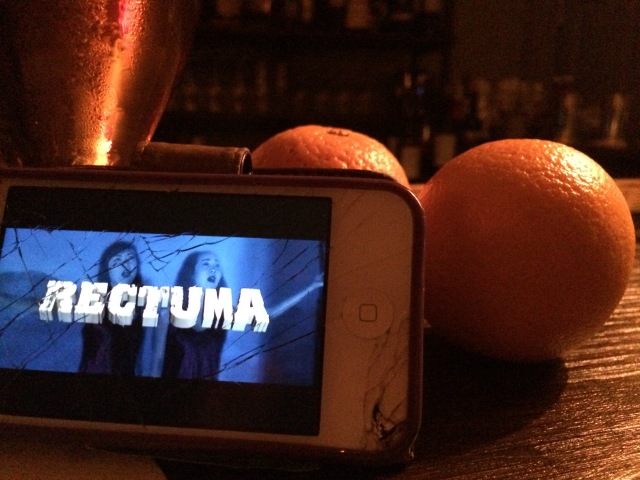 “Ah, the crystal of Belarus; unsurpassed” said a man leaning against one of the many bars at this elegant townhouse club in Soho, holding his whiskey glass up to examine it.
“What?  More crystal than Waterford?!” I exclaimed.
“Oh yes” he said.  “I remember being in Soho House in L.A. once, picking up the water jug and the handle just fell off in my hand. It happened straight after I noticed that the bottoms of the glasses were all different depths.”

Special indeed.  P and I forged on ahead.  “We need to find James, P” I said. “I want to find out more about this crystal.” Someone heard me:  “I know him!” called out a passing waiter.
“Brilliant – can you page him?” I enquired.
“Jeez S, What decade are you in?!” came P’s retort.

We re-joined our host who had become two by the time we made it back downstairs.  “Meet Pedro” A said.  “The distributor of many, um, fine films over the last decade or so. In fact we were just reminiscing about ‘Rectuma’ a particularly successful release.”

I wondered if my ears had deceived me.  But one never knows in new company just where the smoke lies, and if in fact there are mirrors.

“Yeah, sold 12 copies on DVD of that one – 2003 it was” Pedro informed us.  “We showed it at the Berlin film festival, 500 Chinese inadvertently attended thinking it was something else.” A sniggered.  P looked puzzled.  “Didn’t you do ANY marketing?” she asked.  “Was there a poster for example?”
“Um, yeah – rare as hen’s teeth, and ultimately I’m not sure how useful it was.” Pedro studied his beer.

“Well, 12 DVDs sold is better than none?” I suggested.
“The follow up was to be called ‘Scrotuma’.” Pedro informed me.  We all looked at each other and the fully fledged giggling commenced.  P got her phone out.  “Let’s You Tube it” she said.

In all propriety we watched a giant bottom become detached from its owner and take off through the streets of LA on a mission to terrorise the downtown population.  A pair of Japanese twins appeared mid way to sing the theme song.

We all agreed it was fantastic.  “Let’s get Soho House to hold a Freak Week of movie gems like this” I suggested. “I’m going to speak to James.”

I hurried off to find the general manager of this fine establishment.  DJs played and we shook our booties to Bel Biv Devoe’s ‘Poison’:  ‘Never trust a big butt and a smile’ it goes.

There was simply no getting away from the theme. 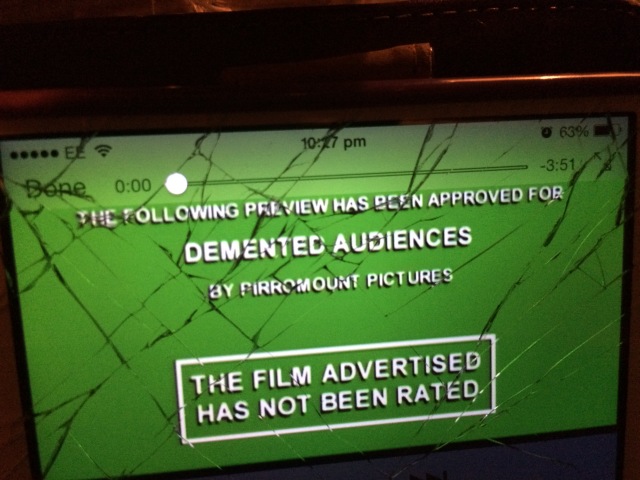