“Whaddya mean you’re having another double espresso?! What’s the matter with you Al?!”
“I dunno, something’s gotten into me, and the coffee is pretty good here.”

It was all my fault as usual.  Having left a rather brilliant but harrowing movie – Victoria – we needed something to take the edge off.  The cinema bar told us it was closing: “Well, we are in London after all and it’s almost midnight, so that makes sense” said my droll companion.

We walked out onto the festival type crowded streets of Soho wondering where to go, when it occurred to me.  There really is only one place for such a moment. “Bar Italia” I said, “Let’s go there.”

Like a homing pigeon I found my way easily.  Perhaps 20 years have elapsed since I last visited but on walking past the jovial heat-lamp-lit tables outside, I was relieved to see absolutely nothing had changed. The large screen at the back relayed football; even the waiters looked the same.

Miraculously two stools appeared free at the counter top. I quickly commandeered them whilst Al did the honours in the queue. Reaching for one seat nestled up close to another on which sat an elderly gent in animated conversation with a distinguished looking waiter, my hand was seized. “You’re trying to touch his ass?” Roxano, the latter, asked.
“No! No!  I just need to grab the stool next to him!”  I said laughing.
“You will see, it is as hard as a rock.”

Thus began the madness.  In a city of so much contracting of the soul – in Bar Italia one expands, opens oneself to conviviality and the very basic spirit of connection from one human being to another.

R came hurriedly towards me: “They don’t take cards!  Only cash! I feel like I’m back in the 80’s”
“You practically are” I replied as I told her I had none either and a trip to the ATM would have to be made. Magnanimously she sallied forth.

I minded my own business, or rather tried to, however the arrival of the girls and boys in blue put paid to that.  One Metropolitan hat wearing photo session later had upped the ante.  “Do you always come in here at this time?”
“Well I do” replied a handsome bobby, “But this time I brought the team along – they’re gonna love it.”

Indeed. Hats were behind the bar and in front of the bar.  The crush was increasing.  “They’ll be back again in an hour” a local told me, “After that you get the NHS night shift workers in.”

Al returned to a simmering cafe, much as she’d left it.  “Anything happen while I was gone?” she asked.
“Nah, just the usual” I replied with a smile. 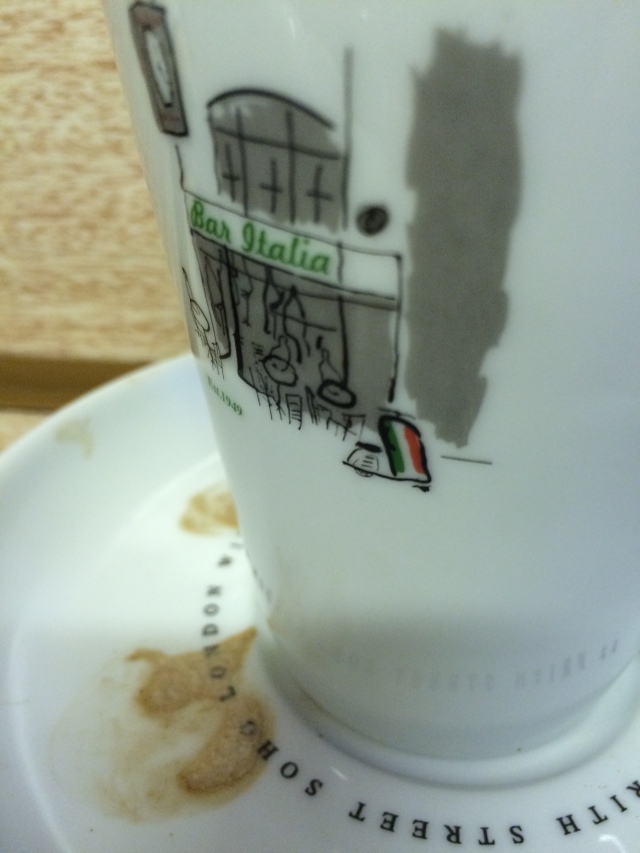