People smiled at each other in the lengthy queue for an early cuppa at the Cecil Sharpe House café.  Earthy wooden tables decorated a sparse room warmed by the buzz of conversation and the bang-bang of the barista’s coffee work.

“Is that the door to sorrow or are my eyes deceiving me?” I turned to look at the owner’s voice and noticed him glancing towards a handwritten sign above a door not too far away.  I followed his gaze and burst out laughing.  “Um, I don’t think so!  But having said that I can’t work it out either – is it ‘Storrou’”?
“Time for an eye test I think” came the reply. “Anyway whatever it is, I don’t want to go there.” Between more joking and laughter, we discussed the virtues of our morning venue and the talk we were about to attend there. “I’ve heard Ruby speak before in Ross on Wye. She was good” he said. 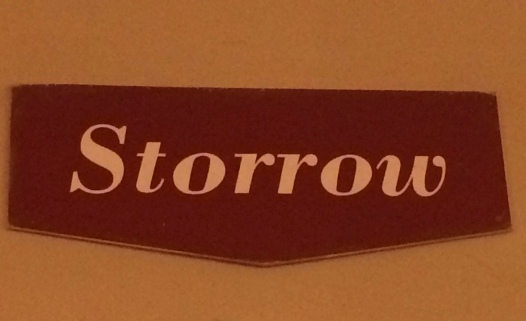 15 minutes later I was sitting at the back of a large hall filled to capacity. We’d already spotted people we knew.  “Half of London is here, Foxy!” I said to my friend.  With an average age of 45 it either said something about generation X or was a testament to Ruby Wax’s popularity.  Perhaps they were related?

“Okay, so here’s what mindfulness isn’t.  It’s not saying ‘hello’ to your dishes before you wash them, or sitting on a gluten-free cushion and smelling yourself” Ruby told us as the audience laughed. “Ultimately it’s compassion – for yourself first: When you get calmer – just notice how it transfers to others. We all reflect each other’s moods. It’s the kind of effect we need to be making in the world.”

Her sharp observations couched in humour were insightful, and judging from the reactions of the audience voiced what we’re all thinking: Computers are having the time of their lives; our persistent desire for newness is no longer satiated by exploring physical new worlds, now we’re doing it virtually – but virtual seduction is running rings around our ability to be truly in the present moment.

She guided us through a short mindfulness meditation.  Silence fell on this enormous room. We actively listened to sounds around us. Birds sang outside, a stomach rumbled next to me, somewhere in the distance a door slammed.

Once the book signing was completed the hall emptied out rapidly.  Strangers who had smiled at one another and conversed moved on – to something else, somewhere else.

I took my rotten cold home to the sofa, a slight glow remaining from the shared experience; wishing that it could have continued; simultaneously conscious that thought indicates I’ve got work to do. 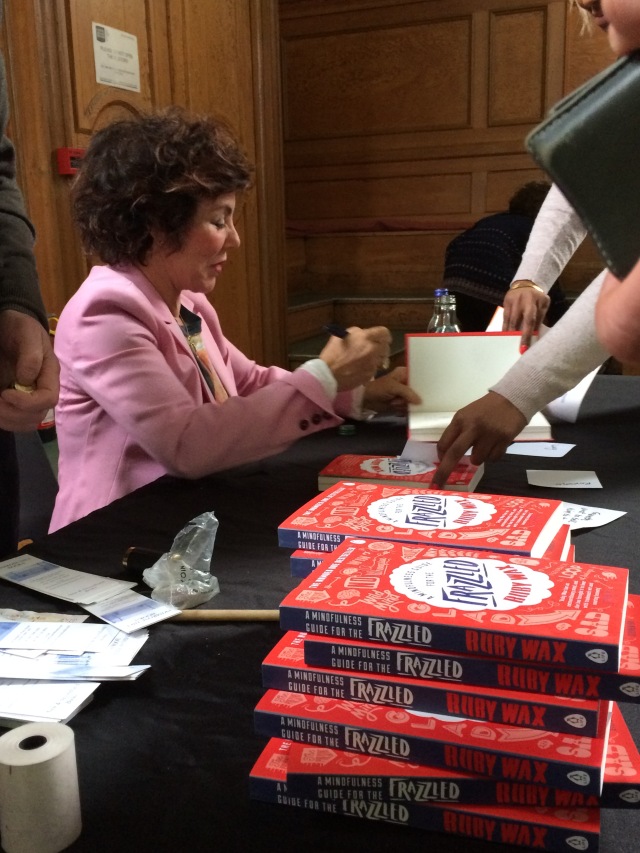 Ruby Wax’s Guide to Saner Living was hosted by The School of Life on Sunday 8 January and held at The Cecil Sharpe House, North London.